I found the inspiration at Walmart and thought it would be a fun project for the boys. 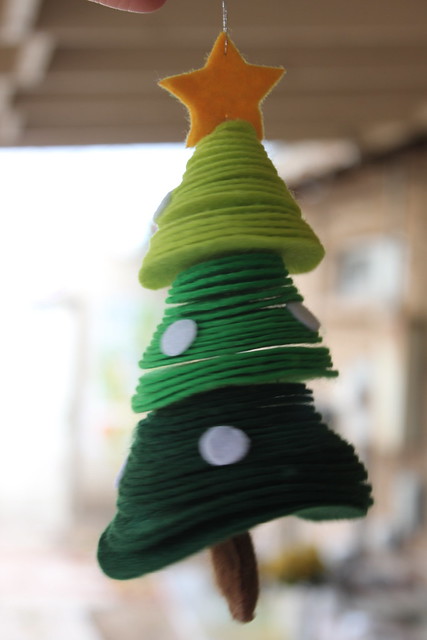 This project took a lot of prep work.

At first I looked around the house for round things to use as templates.  I quickly realized that wasn’t the most effective way.  Enter the amazing and versatile toilet paper roll. 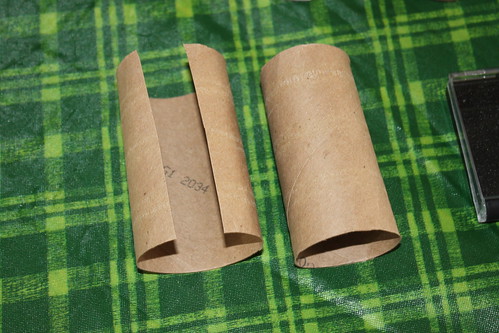 I cut them down the center. 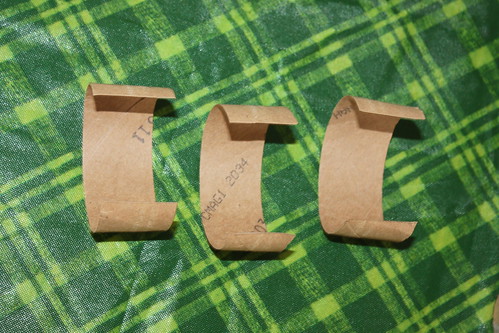 Then cut them into thirds. 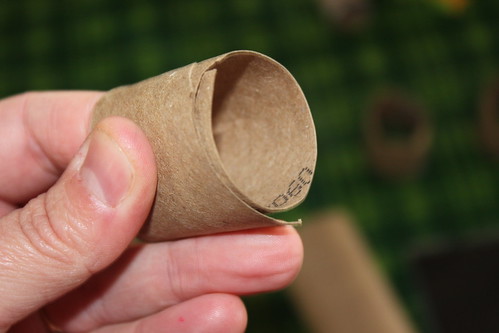 And finally made them into various sized circles with scotch tape. 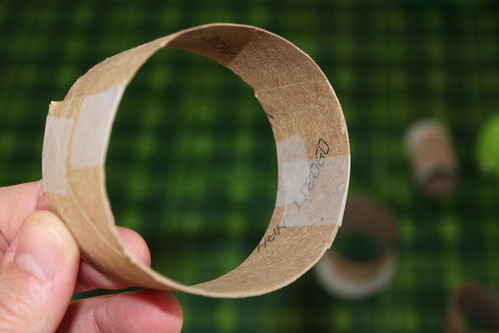 For the bigger circles, I taped two bits of roll together. 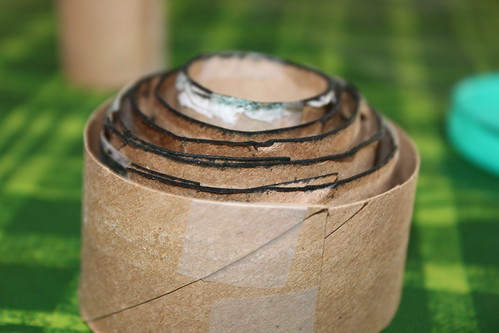 Because felt is a nightmare to trace things on, I used a stamp pad. It helped speed up the process. 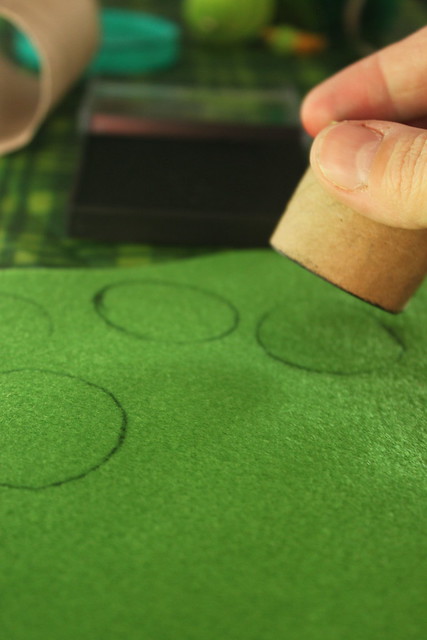 I stacked the felt when I cut the circles to save time.  3 pieces was the magic number to cut through. When I tried to do 4  they came out a little too sloppy. 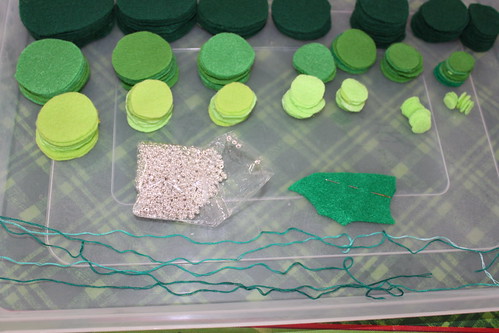 The boys were concentrating so hard.  This was Ami and Conrad’s first time using a needle and thread.  They kept accidentally pulling their needle off of the thread.  After about the 6th time of re-threading Conrad’s I looked over and saw him licking his needle trying to make the thread go through.  He’d seen me do it so many times, but didn’t realize I’d been licking the thread, not the needle.  The cuteness overwhelmed me. 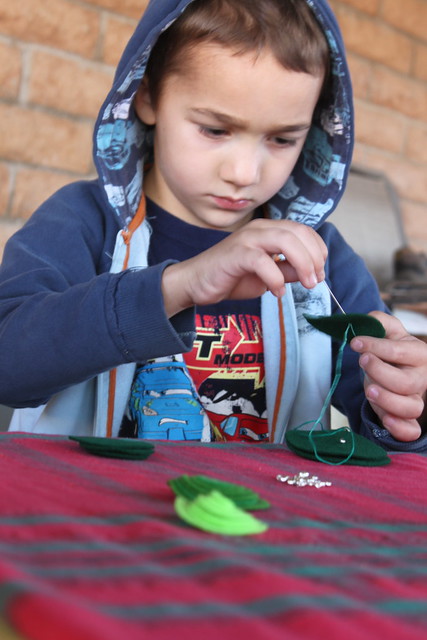 I gave them the circles stacked in order. They started with the biggest one and work up to the smallest with each shade of green. 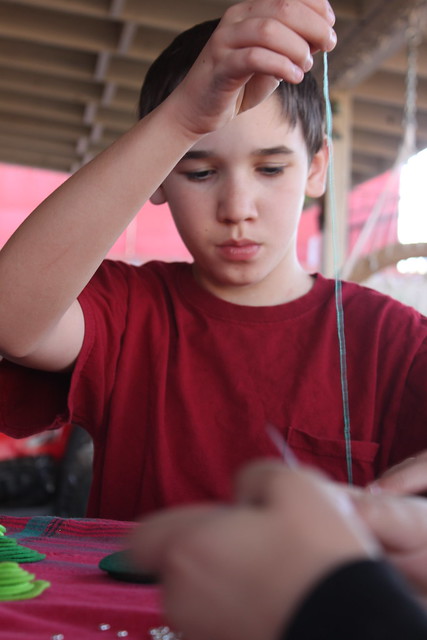 They  kept forgetting to add a bead between each disc. They each had to go back and redo the ones they missed several times. 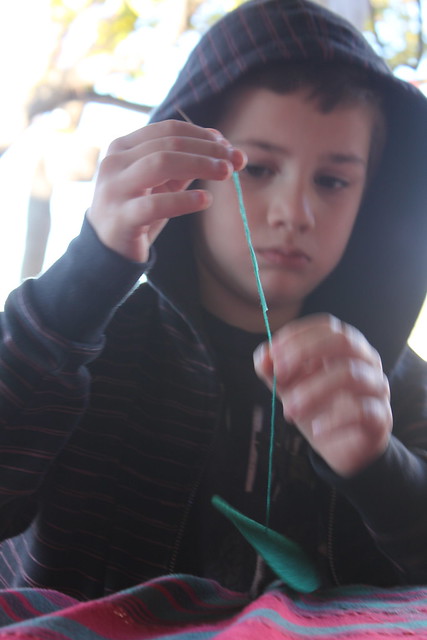 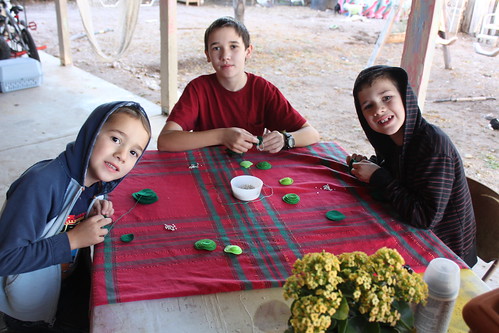 They look like they weren’t having fun, but they were just focussed.

I made the stumps and stars to save time and hot glued the snow on. 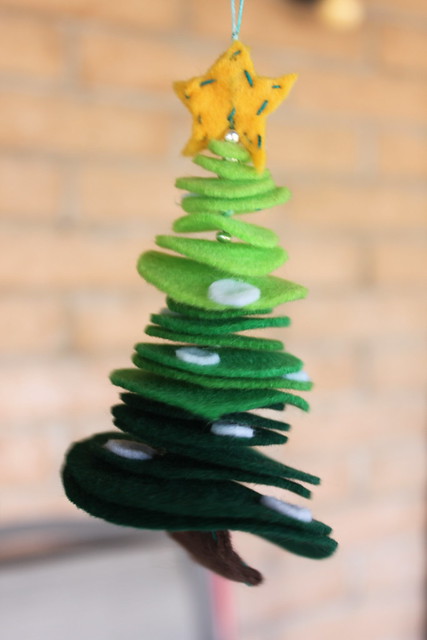 Conrad and Ami gave theirs to their teachers for Christmas. They were a big hit. 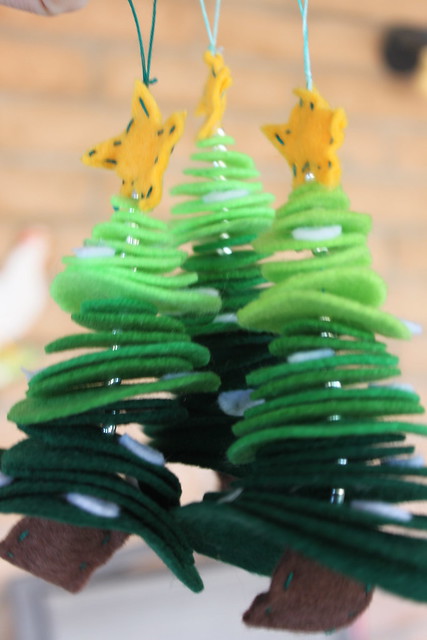