I was inspired by this pin on Pinterest (big shocker).

I didn’t read the tutorial until after we had already made them, so ours turned out a little different.

Conrad and Ami made theirs yesterday.  Jeremia had drama club yesterday so he did his today.

I stabbed holes in them with my  handy-dandy bead reamer.  An ice pick would work too. Just be careful.  I don’t want to hear any horror stories about ice picks going through hands or any other body parts. Keep it safe people!

I strung a piece of yarn through the holes with the knot hidden inside the bowl, but for some reason didn’t take a picture of that. It’s not like I am showing anyone how to do this or anything.  So anyway…

Next we glued the dots on. 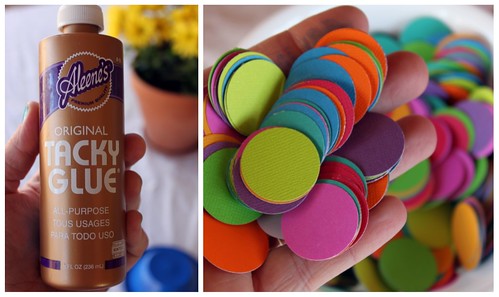 The dots were left over from our gumball project months ago.

Tacky glue worked much better than elmer’s would have.  I squirted some into an old plastic lid and gave Ami and Conrad paintbrushes to spread it, since I only had one bottle and didn’t want to listen to them bicker about whose turn it was to use the glue. 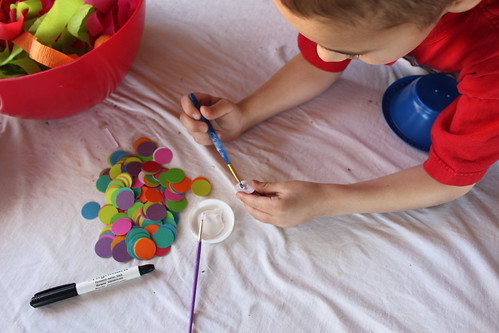 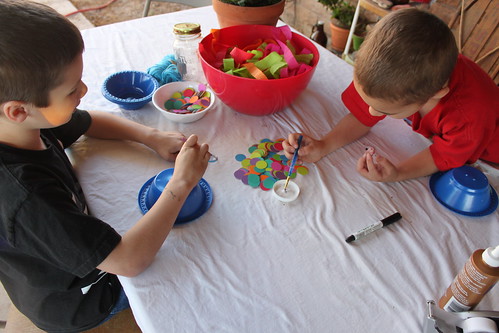 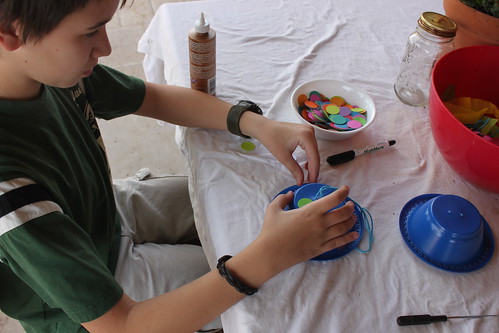 After we were done gluing dots, we taped on the “tentacles”. 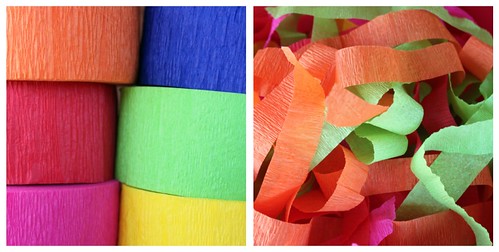 The “tentacles” were strips of crepe paper I had cut in half to make them skinny.

We taped a 3 or 4 on the bottom inside of the bowl and then a bunch on the walls of the inside.  I didn’t take a picture of that in the works either, because I am a slacker, but you love me anyway.  Right?!?

The end result was adorable.

They would make great party decorations, puppets, or even hats. 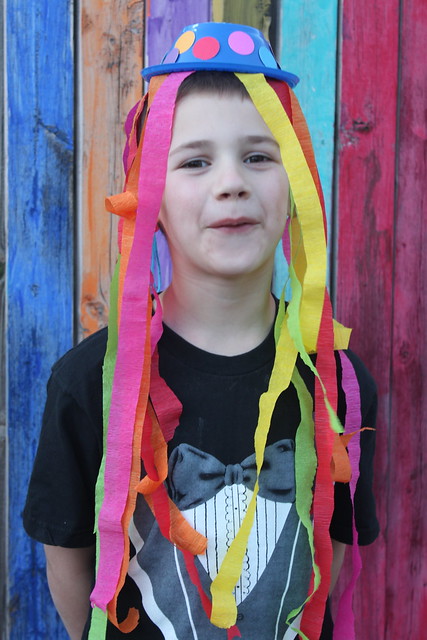 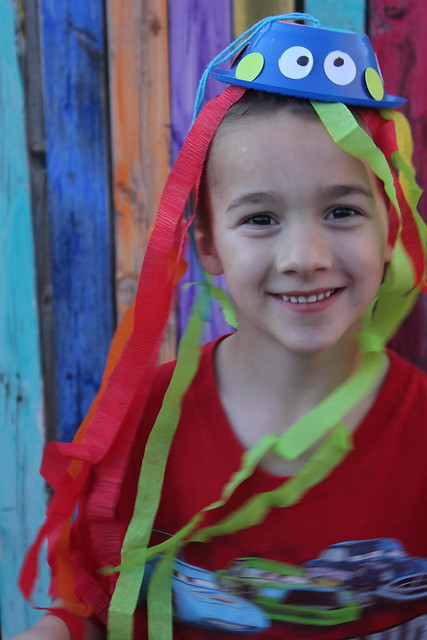 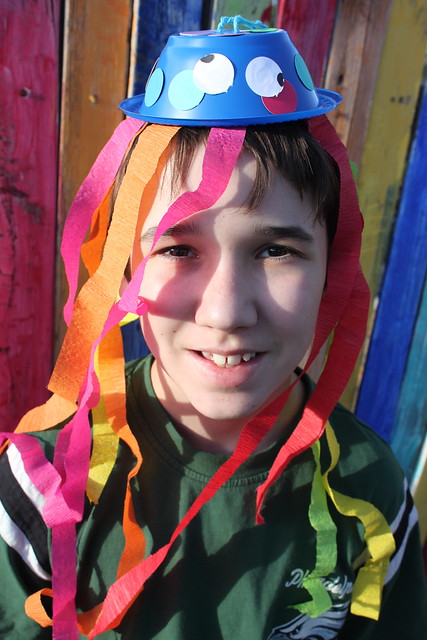 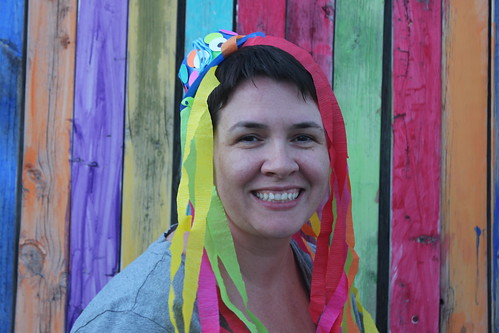 I hung them on the back porch.  They are fun to watch dance around in the wind. 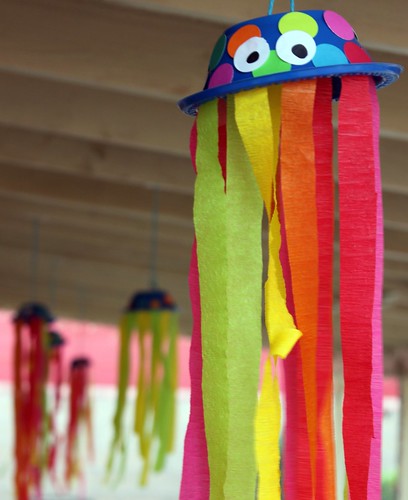 Eyeballs were optional.  They are just white circles with black marker pupils, but I think they add a ton of character. 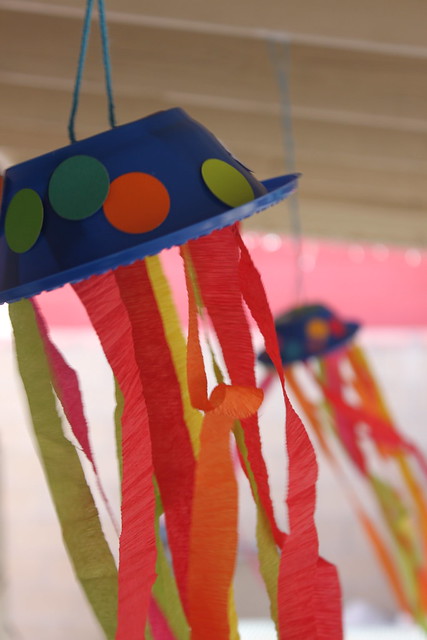 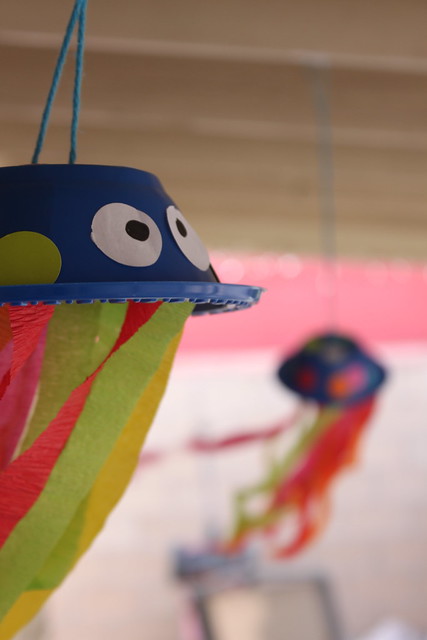 If you make these, I want to hear all about it.