We have been trying to cut back TV for the boys.  Jeremia was whining that he was bored.  I told him he could do chores if he was so bored.  He politely declined so I offhandedly told him to learn to play the fiddle.  When he said he didn’t have one I told him to make one. 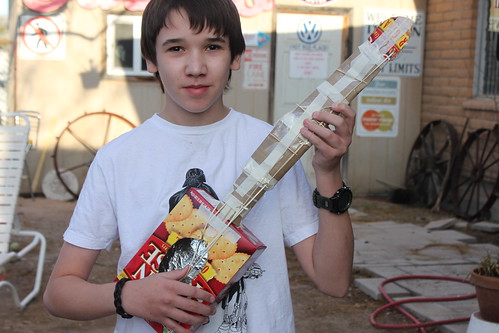 He cheekily made a guitar instead.

Filed under Entertain Me, Everything else, Feeling Fartsy, Rodents aka kids, So Random